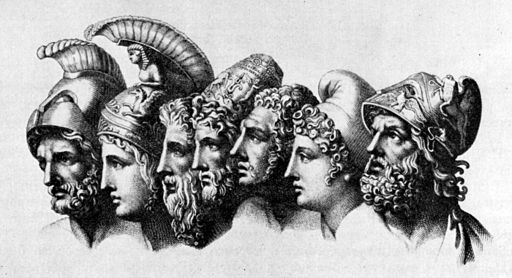 ANZAC Soldiers on the Gallipoli Peninsula

Today marks an important moment in the First World War: the final evacuation of British and ANZAC (Australian and New Zealand Army Corpse) troops from the Gallipoli Peninsula, ending a disastrous months-long Allied campaign to gain control of a narrow a sea route to Russia, the Dardanelles, and to push troops through Anatolia (Turkey) to the Ottoman capitol Constantinople and knock the Ottoman Empire out of the war.

First Lord of the Admirality Winston Churchill schemed the invasion. Allied ships would sail through the Dardanelles accompanied by minesweepers and land thousands of troops onto the Gallipoli Peninsula, where they would secure the area and push on to Constantinople. The initial landing was on April 25, 1915, involving many soldiers from Australia, New Zealand, and Ireland.

The Allies were unprepared for the harsh environment on Gallipoli and the ferocity of Ottoman Turkish soldiers, led by the now famous commander Mustafa Kemal, who directed his troops in successfully defending the Peninsula. The Allied troops became entrenched on Gallipoli for a grueling eight months. Kemal proved his military prowess; Churchill’s plan, on the other hand, proved to be a quagmire. On this day one hundred years ago, the Gallipoli Campaign came to a close. The Ottomans had defeated the British Empire for the time being.

That victory was arguably the last great moment in Ottoman history, and the first in a long time. Earlier in 1915, Ottoman troops committed acts of genocide against Armenian civilians. The Ottoman Empire had been in decline for decades amid encroaching Russian and European empires, and would later suffer British and French diplomats carving it into colonial mandates after the end of World War One. Winston Churchill was involved in that process; he even said that he created the country of Jordan “with the stroke of a pen one Sunday afternoon.” When the War finally ended in 1918, the British and French saw the defeated Ottoman Empire as property to divide among them: Britain took Palestine, Jordan, and Iraq, while France seized Lebanon and Syria, divided artificially. Those artificial borders continue to create problems today in these countries, pitting groups together or dividing cultures along superficial lines.

The Ottoman Empire had practiced its own form of imperialism, and ruled over its Arab territories from its imperial center in Anatolia, just as the British Empire ruled India and South Africa from England. Just as the British and French are guilty of reprehensible war crimes to maintain imperial power, the Ottomans were guilty of the same, such as the Armenian Genocide. Despite the emphasis on self-determination that dominated discussions at the Treaty of Versailles, Arab, Kurdish, Armenian, and other groups were simply shifted from Ottoman rule to British and French rule with as much regard as plunder shifted between pirates.

The Allies also wanted to divide Anatolia, but the Young Turks, led by Mustafa Kemal, fought a war for Independence from 1919 to 1922, and formed a stable, secular, but complex democracy. The Greek minority in Anatolia fought its own smaller rebellion, leading to the eventual forced migration of thousands of Greeks from Anatolia and Turks from Greece in 1923. Kemal had nevertheless defended his homeland from the British, and would not allow the Allies to make property of it.

New nations were formed from the defeated Ottoman Empire, but Turkey may have been the only one to form itself on at least some of its citizens’ own terms. The rest were carved artificially by Churchill and his ilk, Similarly, many Irish soldiers returned to a British-controlled Ireland torn by rebellion in the 1916 Easter Uprising. April 25 is commemorated as Anzac Day in New Zealand and Australia. The Battle of Gallipoli brought British loyal subjects to the edge of the Ottoman imperial center; it was a devastating failure for the otherwise almost obnoxiously successful British, who continued to claim colony after colony across the globe. For the crumbling Ottoman Empire, it was one final act of defiance against the empires surrounding it. Two of the most complex figures of the twentieth century emerged from the battle with profoundly different scars: Mustafa Kemal won, and Winston Churchill lost. Both men went on to be war heroes and war criminal simultaneously, and their role in history will likely always be contentious. At least, both played crucial roles in the destruction and recreation of nations.

By January 9, 1916, about 265,000 Allied soldiers and 300,000 Ottoman soldiers died on Gallipoli. Many of the them were probably unconcerned with the survival or strengthening of empires. They were concerned, most likely, with fighting for something they were told, and genuinely believed, was bigger than them: nationhood. Many Irish joined the war thinking the British would reward them with independence. Australians and New Zealanders had an emerging sense of national identity separate from but loyal to the British. The Turks fought on their homeland against invading Europeans. Thousands died trying to make a nation of their world. Indeed, nations formed, but maybe those who fought created their own kind of temporarily autonomous nationhood of spaceless unity. Amid the destruction of empires, it may be tricky to honor that unity on both sides of Gallipoli equally, but we should strive to anyway. Nationhood is what we make of it, and despite what Churchill seems to have believed, sovereignty means more than a pen stroke.