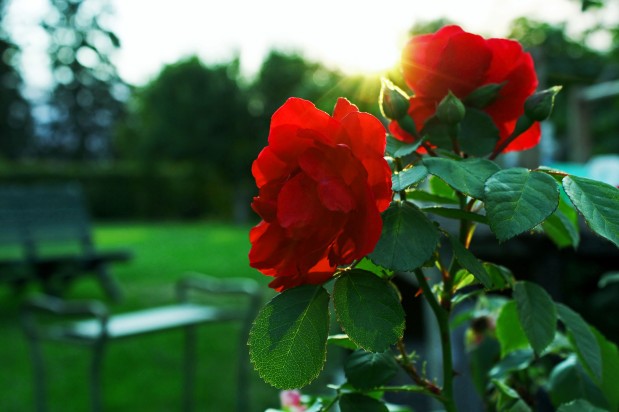 Last week, a man told me a parable about a lump of clay and some roses. He cited it as a Persian parable, but I did some research and found that it actually comes from the thirteenth century Persian poet Abū-Muhammad Muslih al-Dīn bin Abdallāh Shīrāzī, commonly known as Sa’di. He is one of the most influential poets in Islamic and Asian literature. In Iran, April 21 is celebrated as Sa’di Day.

While Europeans were busy killing each other in the medieval period, which they eventually termed the Dark Ages like a bad sequel to the Roman Empire, most of Western and Central Asia witnessed an artistic, philosophical, and scientific renaissance. Sa’di was only a part of this unique cultural era.

The poem I heard comes from the “Adoration and Preamble” section of Gulistan, or “the rose garden,” one of Sa’di’s most famous works. It reads something like this:

“I held in my bath a per­fumed piece of clay
that came to me from a beloved’s hand.
I asked it, ‘Are you musk or amber­gris?
Like fine wine, your smell intox­i­cates me.’

‘Till some­one set me down beside a rose,’
it said, ‘I was a loath­some lump of clay.
My companion’s scent seeped into me.
Oth­er­wise, I am only the earth that I am.'”

Apart from talking lumps of clay, I love this poem because it reminds me that I am defined by my proximity to others more than I realize.

Artistically, I am the product of the writers and poets I read: Billy Collins, Sylvia Plath, Douglas Adams, John Steinbeck, Dunya Mikhail, Jamaica Kincaid, and Pablo Neruda have made me the writer I am. Aesthetically, the Southwest made me an experimental, avant-garde magical realist. Socially, I am shaped by my friends, family, lovers, mentors, and the two or three enemies I keep around for good measure. Professionally, I’m a workaholic, being the son of professors who know education is a religious devotion serving the many at the expense of the few, the happy few.

I’m honored to live in the company of roses. I surround myself with those who inspire me. It took me a while to figure out how miserable one can get surrounded by those who are negative, over-critical, dishonest, manipulative, and toxic. I don’t mean I’m in the company of the perfect; all roses have their thorns. But for what it’s worth, I’m glad to let my friends rub off on me. It makes me a better person (and apparently more appealing to bathe with) to walk with roses.