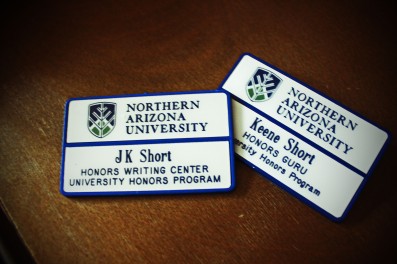 More authors than I can count have used a pen name at one point. Dean Koontz has used Aaron Wolfe; Charlotte Bronte used Currer Bell; Daniel Foe, being the creative genius that he was, used Daniel Defoe, not to conceal his identity but to convince his readers he was more gentlemanly. My favorite is Daniel Handler’s pseudonym Lemony Snicket, because Snicket becomes a character in Handler’s Series of Unfortunate Events, one who navigates the reader through the troubling plots. I’ve never imagined myself using a pen name, until I realized how many names I’ve gone by.

For most of my life, I’ve gone by my middle name Keene. In middle school, I got tired of correcting people who thought I said Ken or Keenan or Keith, and I also wanted a name requiring no spelling correction. Not Keen, not Keane, not Frank, but Keene! I tried my first name Jeffery, but even then most people misplaced the R, spelling it Jeffrey. So I shortened it to Jeff. This was also around the time I started writing, and I wrote my earliest stories as Jeff Short. But Jeff was not a very pleasant person, nor a very good writer. He was obnoxiously political, and was competitive in music, writing, and grades.

Along the way, I decided that I liked Keene better. Keene Short. It’s a good name for a writer, and frankly I like Keene as a person more than Jeff. Whereas Jeff was picky, Keene embraced just about everything. He had a better sense of humor than Jeff. Most importantly, he gave up competitiveness. Keene wasn’t concerned with being superior with distinction, but with enjoying the show. Jeff slowly diminished into a forgotten nickname.

In the last years of college, I adopted another name: JK. The nickname originated in the place I worked, the NAU Honors Writing Center, which I can only describe as a mythical realm where the drawers are stuffed with candy and sarcasm flows freely from the tutors. My boss began calling me JK, and soon I started signing emails, letters, and even blog posts as JK. Keene now blogs as JK, who can withhold his sarcasm and be somber when the time calls for it but prefers to be lighthearted. You do not know everything about Keene; you don’t need to and I don’t want you to, which is why JK is here as a literary filter.

But I will always be Keene Short, even in publication. JK is a nice nickname, but I can’t see critics taking Collected Stories of JK very seriously. Maybe JK is just the fictionalized version of Keene, and I’m content with that. I don’t think of Keene Short as a pen name because Jeffery Short, to me, isn’t a real person. I’d be lying if I published under Jeffery or Jeff, both strangers to me. I am simply Keene Short.