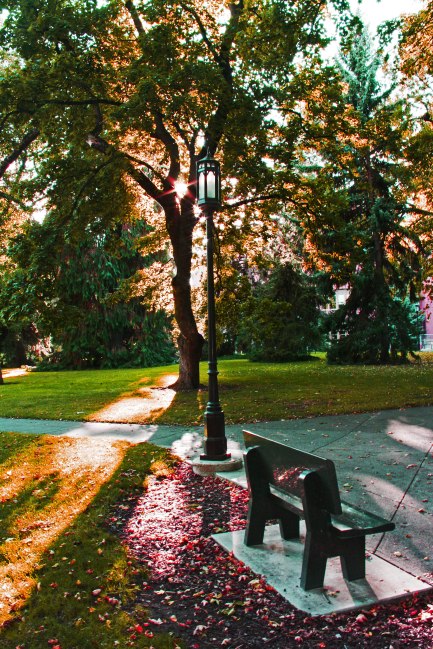 I’m still getting to know Moscow, Idaho. I’ve only been here since August, but it takes me a while to reconfigure myself to new surroundings. I adapt slowly and cling to what is familiar: campus aesthetics, coffee shops, quiet mornings for writing.

The last time I moved, I went from Flagstaff, Arizona, to Lincoln, Nebraska, and it took me about a year to adjust. It took me a year to feel grounded in the place, in the people, like I wasn’t a transplant from the Southwest to the Midwest. Now that I live in the Pacific Northwest, I feel like a double transplant in yet another variation on the west, a west that I want to write down in the long, laborious tradition of writing about places. Do I need to be a tourist or a resident? I’ve gone from deserts to plains to this stranger place called the Palouse, a valley of vast wheat fields and pine trees.

I am not, yet, a tumbleweed, a person with “roaming proclivities.” But I still feel detached from so many places, so up-in-the-air right now. I wish I had spent more than two years with my friends in Nebraska before uprooting myself again. I wonder how long I’ll be in Idaho before I’m again uprooted.

I am still very much a westerner, but after only two moves, I feel scattered. I vote in Arizona, I made strong connections in Nebraska, and now I’m a writer in Idaho. The one constant has been the university as a setting, like a monastic system in which I orient myself toward the library, the English building, and the nearest coffee shop. Campuses are large and sometimes quiet. This is true of Flagstaff, Lincoln, and now Moscow. I like old campuses, brick buildings, planned and structured squares of nature for viewing purposes. In other words, the constant for me is finding places to work, the one thing I hope I am never uprooted from. If and when I move again, I hope there is a quiet campus wherever I go.