My favorite author, John Steinbeck, is known for his epic novels about the lives of the working poor like The Grapes of Wrath. While I love his longer works, the Steinbeck novel that has had the most influence on me is Cannery Row, more a collection of interconnected stories than a novel. I first discovered it four years ago, and I have reread it every fall to rediscover the magic of Steinbeck’s Cannery Row in Montery, California, which he calls “a poem, a stink, a grating noise, a quality of light, a tone, a habit, a nostalgia, a dream.”

In one story, the main character Doc remembers somebody commenting that he loves beer so much, “someday [he’ll] go in and order a beer milk shake.” Because he is safely out of town, he takes the bet and orders one, providing the following recipe: “Put in some milk, and add half a bottle of beer. Give me the other half in a glass–no sugar in the milk shake.” Because Doc is one of my favorite literary characters, I attempted to make a beer milkshake following Doc’s specifications.

It turned out dreadfully, so I worked on changing the recipe. Because several restaurants have already experimented with beer milkshakes, one can probably find several recipes online, but here, I offer my own.

1 bottle of beer (preferably a flavorful ale or stout)

Combine all ingredients in a blender and serve fresh and cold. 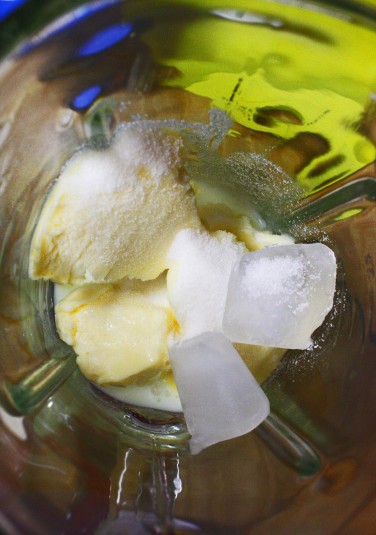 I tested numerous variations of the beer milkshake. With dark beers, I tried adding chocolate sauce. With ales, I tried using only ice cream and beer, nothing else. I don’t know what Steinbeck was thinking when he wrote about Doc’s excursions into the world of beer milkshakes; he wrote that “it wasn’t so bad–it just tasted like stale beer and milk.” I may have taken Steinbeck fandom to an extreme, but his work is dear to my heart. For now, I’m content to read my favorite writer, take his jokes too seriously, and remember his reflections on the world:

Cannery Row’s “inhabitants are, as the man once said, ‘whores, pimps, gamblers, and sons of bitches,’ by which he meant Everybody. Had the man looked through another peephole he might have said, ‘Saints and angels and martyrs and holy men,’ and he would have meant the same thing.”