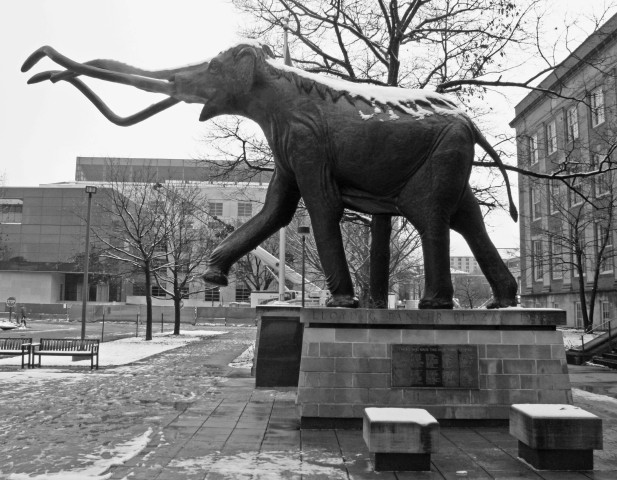 Is there a place for soft-spoken introverts in the competitive fast-paced aggressively limited-time-offer college-industrial complex? The short answer is no. The long answer is no, thank goodness.

I don’t speak often, and when I do, people usually tell me to speak up, and when I do, I try to hand the conversation to someone else. I don’t dislike contributing. What I dislike is overtly dominating conversations, steering them in one direction or another, or making an effort to gain control of the dialogue if I’ve somehow lost it. More than introversion, I prefer to be independently passive, rather than participate actively. I am neither competitive nor aggressive.

What I noticed in teaching an introductory rhetoric class last semester is that students primarily want to know how to win an argument. They want to know how to prove they are right, regardless of whether or not they are in the first place. My pedagogy class last semester reinforced the notion that rhetoric is a competition, and that arguing is an ideal way to participate in society. Academics I have interacted with in higher ed reflect this way of thinking, and it is reflected in the academic system as a whole. A recent conversation I had with scholars (in which I listened exclusively) about recent trends in academia emphasized the need for scholars to publish early and often, to make themselves known through websites and social media, and to compete aggressively for funding and jobs in an already over-saturated market and in fields (the sciences and humanities) that the President and Congress intend to attack in purely symbolic anti-intellectual gestures.

This institutional turn coincided with tuition hikes that have mostly funded increased college administration rather than faculty. The college-industrial complex imposes competition onto both students and faculty, but industrialization might be an overused metaphor, one that is accurate from an outsider’s perspective but does not reflect experiences on the ground level. Instead, it feels like an ecosystem, some stretch of the Great Plains where insects, birds, prairie dogs, and vegetation compete for survival. Academia feels Darwinian because those who do well are those who are aggressive, loud, eager, quick, and uncritical. The push to publish early and often requires faculty to sacrifice either quality or spare time, and students are pushed through an assembly line toward a diploma to simply qualify for numerous jobs, with no time for learning outside their designated specialty. Describing undergraduate requirements as paths and timelines also reinforces the need for students to specialize rather than explore. It’s no wonder so many of my students last semester said they enrolled in an English class to add to their ability to compete, by winning arguments.

And here I am, a shy listener who wants to learn from others more than I believe I can teach them. I won’t thrive in the ecosystem because I value quality over quantity, patience over immediate feedback, and listening over contributing. I consume more ideas than I produce, and as such, I’m not making anything universities can exploit for advertisement or prestige.

I do not contribute to the system, because the system does not run on patience and scruples. It is fueled by the production of ideas, the teeming blue schools of links clicked on a given day, the riptides of steady marketable publications. There is not an overpopulation of ideas, and I do not mean to dismiss self-expression. But there is not a place in the current scheme of things for the soft-spoken, for people who are here to learn regardless of what degrees I may or may not get out of it. I don’t fit in. Maybe that’s a good thing.